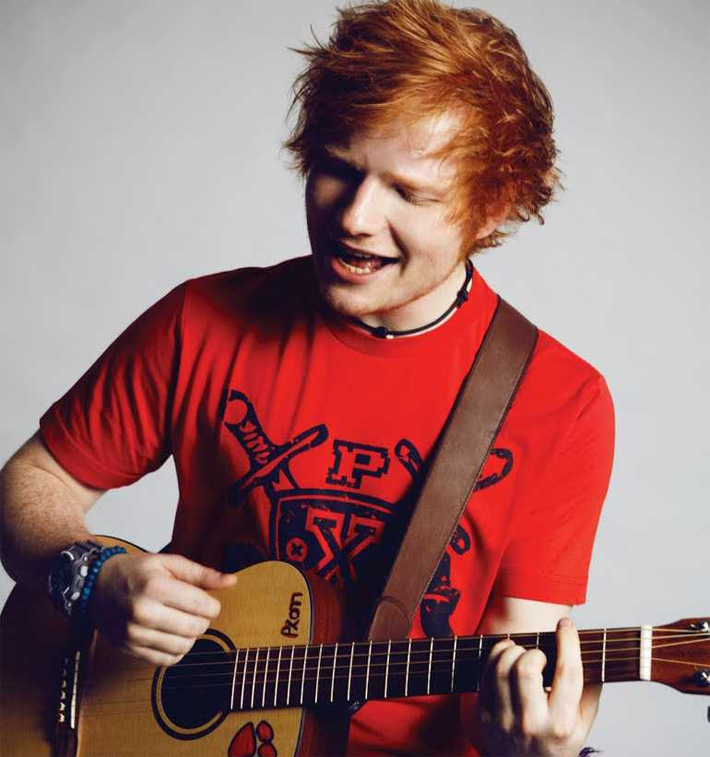 My oh my, I don’t even know where to start.

Ed Sheeran has been one of my main concerns in life for no more than 6 years: his EP songs (Autumn Leaves, I Miss You, Little Bird…), “+” (A Team, Drunk, UNI, Small Bump, Kiss Me, Give Me Love…) and now “X”, with Sing, Don’t, One, and many more. Every single song of his basically just sums up my life, and I’m pretty sure it’s the same for all of the people out there having their Ed Sheeran musical cherry popped. He is just so universal, and not in a boring popesque way, but with such an emotional, touching feel to all of his work.

I was incredibly lucky to catch him on one of the last dates of his regional tour of France, in Clermont Ferrand: probably one of the best days of my life. Guys, if you are not yet an unconditional Sheeran fan, go and see him live and your life will be complete.

You know, he kind of reminded me of Dylan, somehow. And I know that’s a massive comparison to make, but I see him the same way. He’s so young, and he’s already just got it. He understands all of it, understands you, understands music, understands people and feelings and words and just.. Just has something that grabs hold of you and never seems to let go. I sometimes find myself drifting of whilst listening to any old indie band, but it’s not the same with Ed. He is like a hand reaching out for you to hold, a shoulder there for you to lean on.

Music wise, everything was just impeccable. I could NOT fault his performance: it all was seemless, neat and clean but so wildly coarse at the same time. As you may know, he uses a loop pedal, something I usually don’t usually like, because it implies repititon: and we all know repitition in acoutic is bad. But he was using it in a whole new fashion: a one man band with so much rythm and bounce and swing. He was also looping his voice for some falsettos and altos, which of course added loads of depth.

Another amazing point of the evening was his brilliant mashups: of his own songs, mixed with covers (like Can’t Help Falling In Love With You or No Diggity) or other originals. It really kept some suspense going, and it was fabulous to see that he is constantly reinventing himself and his music.

I feel like beeing a songwriter and performer is a game of acting. When you write a song, you write it about a certain emotion or feeling or idea, that you won’t feel forever. That’s why it’s kind of hard to keep the feel of the song. When I rediscover a song I wrote ages ago I’m like “WHAT THE HELL WAS I THINKING???”. So he was pretty damn smart revamping his old songs. I loved it.
I think the only thing I have left to say is, if ever you, Edward Christopher Sheeran, happen to be reading this, will you marry me?